Hilary offers energy healing to individuals seeking greater ease, balance and movement along their path of becoming healthier more authentic versions of who they truly are.

Serving as a facilitator, she considers healing to be an agreement between the individual and his/her divine essence which is uniquely empowered to actualize change on whatever level is needed, be it energetic, physical, spiritual, emotional, mental etc.

In addition to formal training, Hilary draws on her own considerable personal experience clearing emotional, karmic, and ancestral patterns as she assists clients to release that which keeps them from living life to its fullest and manifesting their life’s purpose.

Hilary’s work is particularly focused on the integration of a person’s spirit, or light-body, with their physical form. This embodiment is further stabilized and grounded by energetically aligning the individual with the earth and points beyond.

Most recently Hilary has expanded her repertoire of healing modalities to include a powerful energy transmission that flows through her eyes, as well as a transmission through her melodic singing voice, and finally, a spoken energy transmission that takes the form known as ‘light language”. All three convey different highly refined frequencies which are unique to Hilary’s core being, and which appear to be uniquely supportive and transformative for those who open to receive them. Hilary looks forward to increasingly share these gifts with individuals and in small group settings.
Personal Story

Nearly forty years ago while attending a lecture, I experienced something extraordinary. My mind, which had completely wandered from the subject at hand, settled for no apparent reason on the contemplation of opposites, black/white, here/there, separate/one etc. Suddenly, accompanied by an electric jolt through my body, I found myself embracing these polarities simultaneously. The shift in consciousness that occurred at this moment precipitated several weeks of spontaneous meditations during which I received various teachings. By far the most memorable aspect of this time was the deep sense of interconnection and love I experienced on a continual basis. Emotions passed through, as did everything, coming and going in the constant flow of the present moment.

This taste of grace, or “awakening”, lasted only a month, but served as a profound inspiration and propelled me into a dynamic and deeply transformative process. Clearing, or deconstructing the ego, became my central focus, significantly altering my relation to the world from one day to the next. For many years I followed a series of internally guided energetic protocols which taught me about emotional, physical, mental, and spiritual based patterns or “programming”, and their present, past life, and ancestral origins.

Eventually I trained in a variety of healing modalities. After accumulating a range of experience and developing a uniquely personal style, I began a healing practice in Washington DC. Since then I have had opportunities to share my work where I have lived in Asheville NC and now Ashland OR. In addition, I’ve recently expanded my practice to include remote sessions with clients in different locations throughout the US and internationally.

Predominantly the type of energy-work I’ve done over the years has taken the form of planetary “light-work”. By serving as a conduit for universal energies seeking integration here, along with many others doing similar work, I’ve been assisting with the balancing and grounding of new vibrational forms being seeded on our planet. One interesting aspect of this, I refer to as energetic cross-pollination, involves assisting the earth in her spiritual evolution by connecting the energies of various locations one to another. Another aspect of planetary work in which I’ve been active relates to the ongoing clearing of energetic patterns and programming of the collective.

Many years now since that dramatic experience at age twenty-one, I am grateful to be sharing a similar yet more gradual and stable version of the awakening phenomenon. In the company of a growing global community dedicated to shifting personal and collective consciousness, as well as concern for the viability of life on earth and our species in particular, I feel compelled to be more actively involved and give of myself in a fuller way. For this reason I am seeking to expand my healing practice with individuals as well as create settings for group work.

In 2004 Hilary completed a three-year program, The Art Of Healing, based in Asheville, NC. This school and subsequent postgraduate classes provided training in an eclectic mix of energy healing techniques including chakra balancing, chelation, and esoteric healing.

Her work has been enriched by time spent with the healer, John of God in Brazil and Mother Meera in Germany. She has studied and traveled with sound healer, Tom Kenyon in the Pacific NW as well as in Egypt, Bhutan, and France where she received transmissions of Egyptian, Buddhist, and Christian energies. Hilary has been active as a Oneness Blessing giver since 2008. 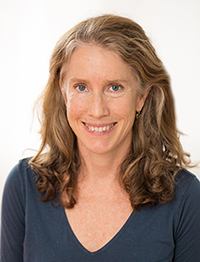